Best interstate removalists service at the most affordable cost

Our professional removal company provides many benefits and high-quality services that other removalist companies don’t consider.

Our Melbourne to Canberra removalist team can provide high-quality moving boxes and packing materials to help you securely fit all of your belongings. We can deliver these the week before your interstate move, allowing you to pack on your own time. 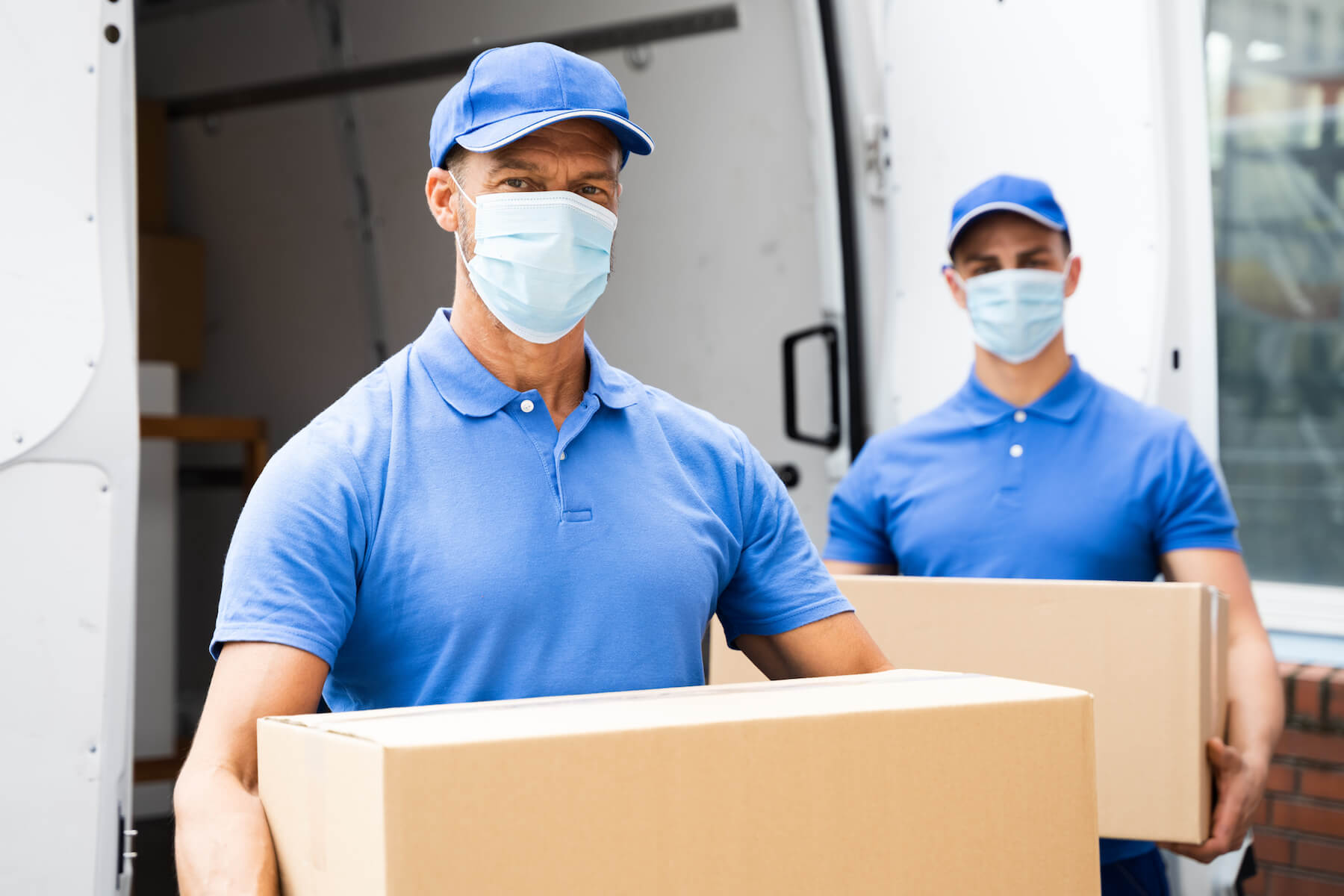 Moving to a new state is one of the most significant decisions you will ever make in your life, and it takes a lot of planning and preparation.

Careful Hands Movers Melbourne to Canberra professionals work hard to ensure that the relocation process is a clear, easy, and stress-free experience for you, with each step of the process clearly explained.

Our professional movers not only transport your valuable possessions across the country but also help you settle in once you arrive at your new home. 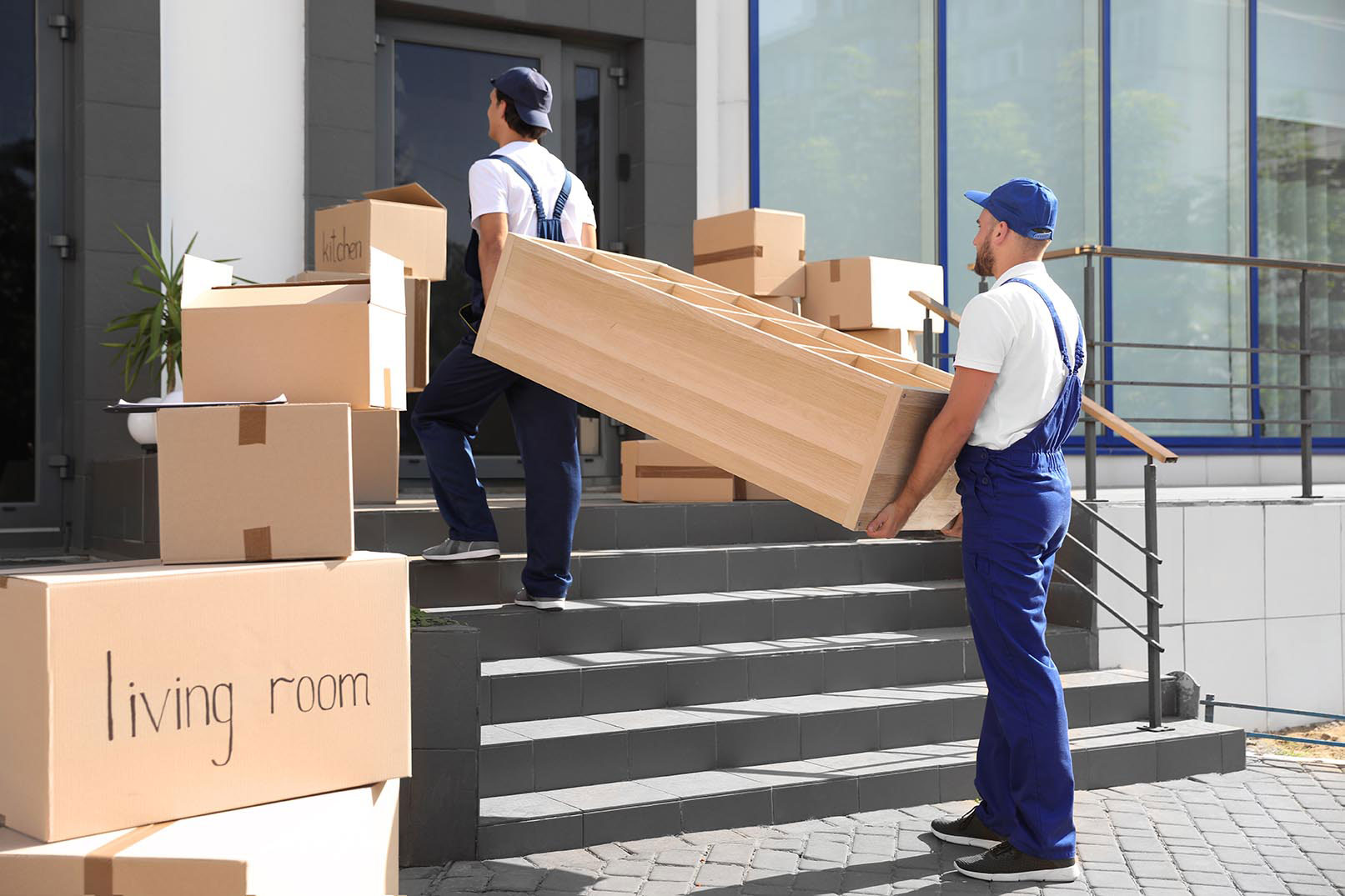 We understand that every move is different, so we provide a custom quote for a quality service tailored to your house or office removalist needs. Our quotes consider the weight and size of your belongings, the time of the move, pick-up location, and destination.

Either call us on 1300 724 553 or complete the quick quote form on our website, and we will get back to you ASAP to discuss your requirements and give you the exceptional service you deserve.

Unlike other Canberra removalist companies, we offer transparent pricing, so you can be assured there will be no hidden and nasty surcharges when you arrive in your new state! 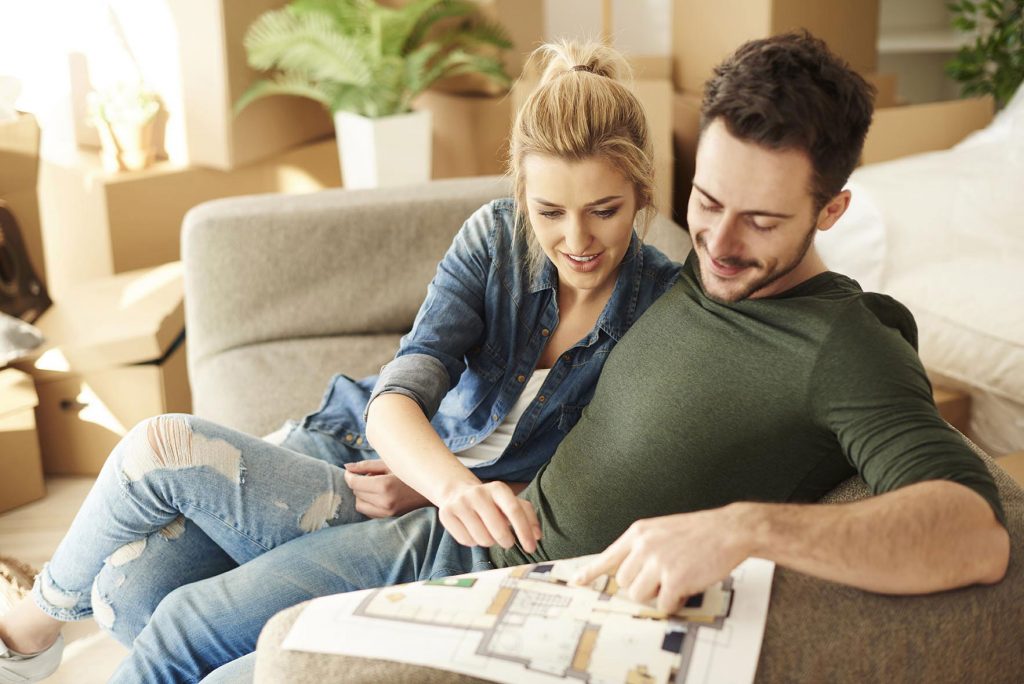 We understand that commercial clients have different needs for residential moves. At Careful Hands Movers, we emphasise minimising the downtime of your day-to-day business. We carefully plan every detail of the move to let you focus on doing what you do best – your work. Because we are available 24/7 for office relocations, we can work around your schedule and complete the move during your quietest period. With about 650 km between Melbourne to Canberra and roughly a 7-hour drive, we can have you settled into your new building as quickly as possible without inconveniencing your customers. 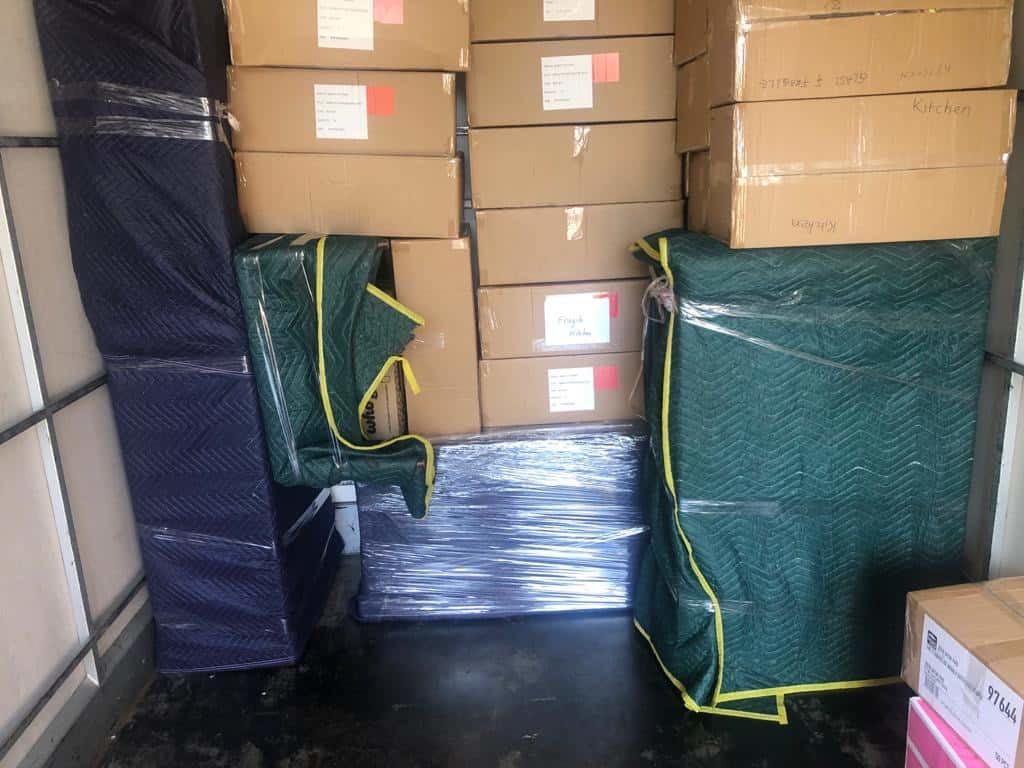 If you have fewer items to move, which will only occupy a small portion of the removalist’s truck, typically, you do not want to pay for a full truck utilisation. Here, our backloading solutions become a perfect alternative to standard furniture removal. With that, you book only the truck space you need for your items and pay accordingly. 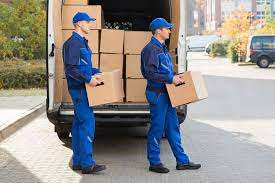 Moving from Melbourne to another state is a big move, and it also brings about exciting opportunities in a new state. Whether it’s for a new job offer, or moving to be closer to family or friends, it’s a chance to open a new chapter of your life. We service the main interstate capital cities and regional areas. Some of the moving destination we offer: 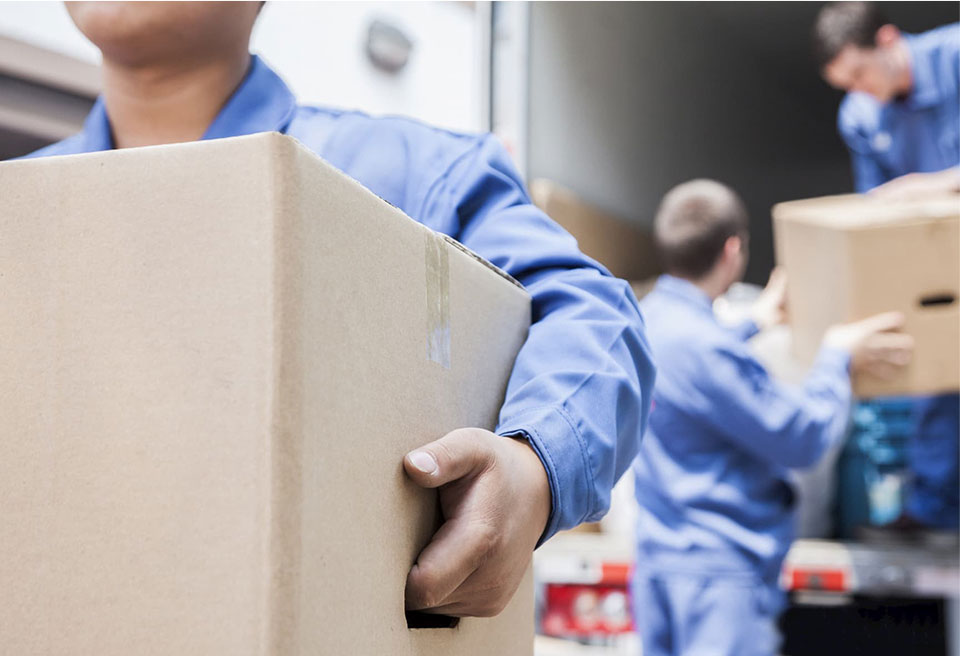 Thousands of Australians move interstate to Canberra every year for a fresh start and new and exciting opportunities. Are you looking for a professional removalist company you can rely on to transport your belongings safely? We are a family-owned removals business with excellent customer service. Our Canberra interstate removalists are a highly-trained moving team that is courteous, efficient, and ready to make your move a smooth process. We are an expert Melbourne-based furniture removals company. We hire experienced and professional consultants who can understand your moving needs and provide you with a quote that won’t break the bank. 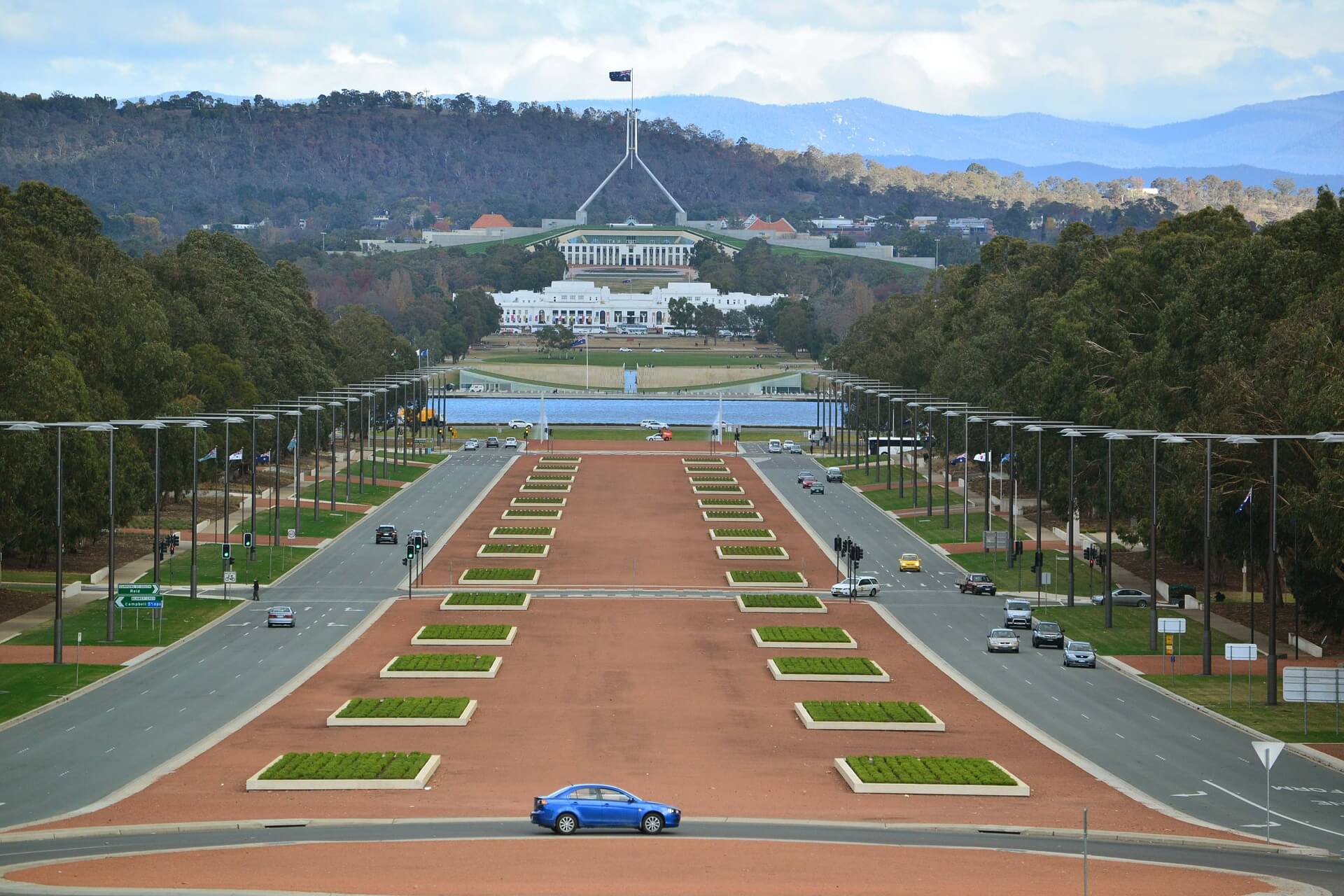 Melbourne is Victoria’s vibrant capital. It’s a fantastic city and one of the world’s most liveable cities. Melbourne offers various landmarks, history, and culture for its residents, making it the right place for families and working professionals. Here are some interesting facts about Melbourne removals for your reference.

Melbourne CBD postcode is 3000. It is the capital of Victoria, with a population of 4.9 million; Melbourne is the home to many businesses, art galleries, theatres, parks, and sporting venues.Melbourne is a multicultural city and welcomes people from all over the world.The median house price in Melbourne is much less than in Sydney. It is a cost-effective option to live without paying exorbitant rents and house prices.

There are 10 world-class universities in Victoria, and Melbourne has the highest-ranked university in Australia.In Melbourne, the median unit price for 4-bedroom and 3-bathroom homes stands at $610,000. Outside Europe, Melbourne has the largest tram system outside. The rent for a 3-bedroom and 2-bathroom unit stands at $500 per week. As of the year 2020, around 32% of Melbourne’s residents were born overseas. The house prices in the inner-city suburbs of Melbourne increased by 1%. 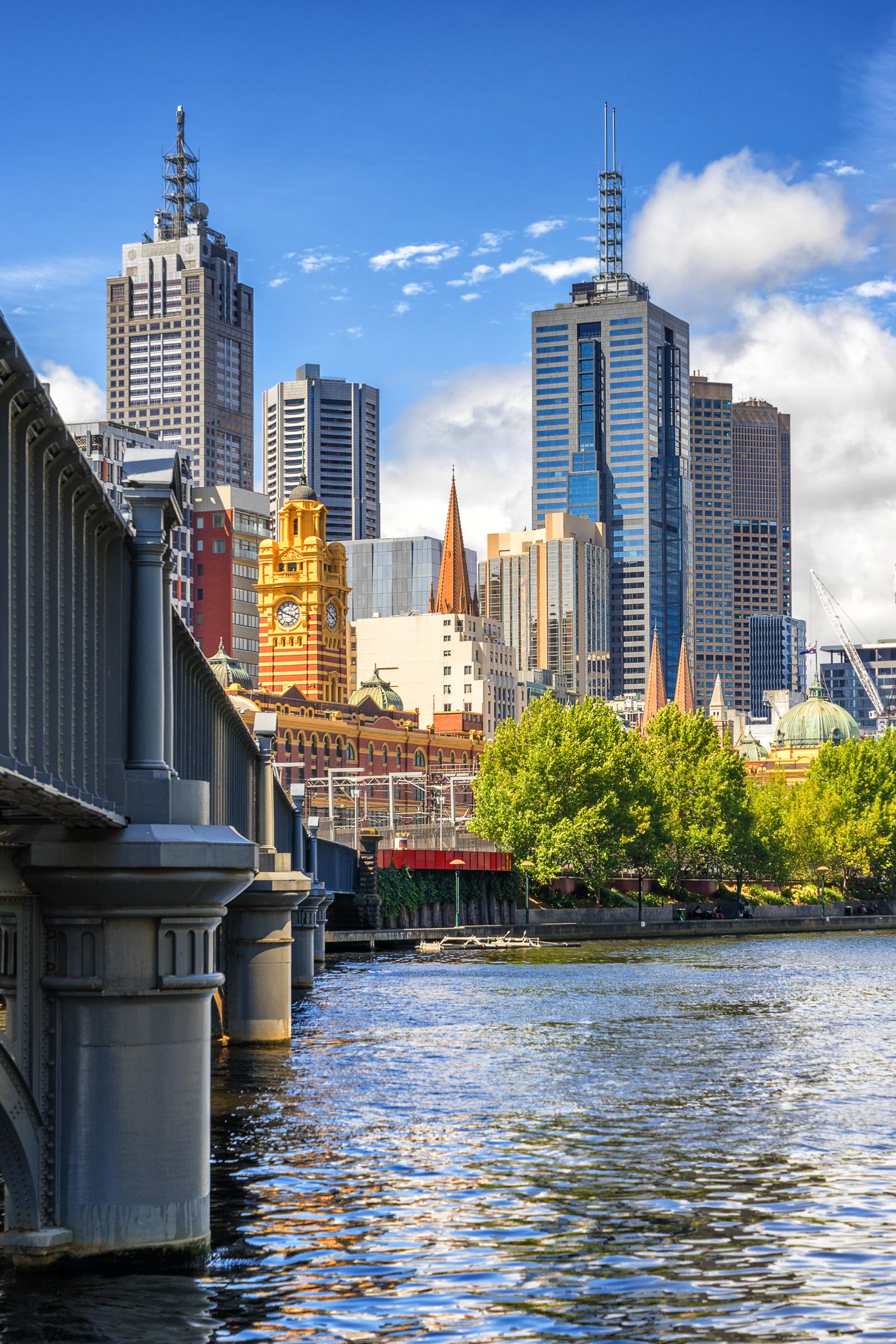 As one of the best furniture moving companies, make the removalists Melbourne to Canberra process simple. We provide easy to understand quotes – which lists the last price upfront, without any nasty surcharges or hidden costs once you arrive. Check out our Moving Home Calculator to work out how much stuff you need to move, and to allow us to provide an accurate quote. Alternatively, you can contact one of our friendly removalists on 1300 724 553, or get in touch via our contact form. 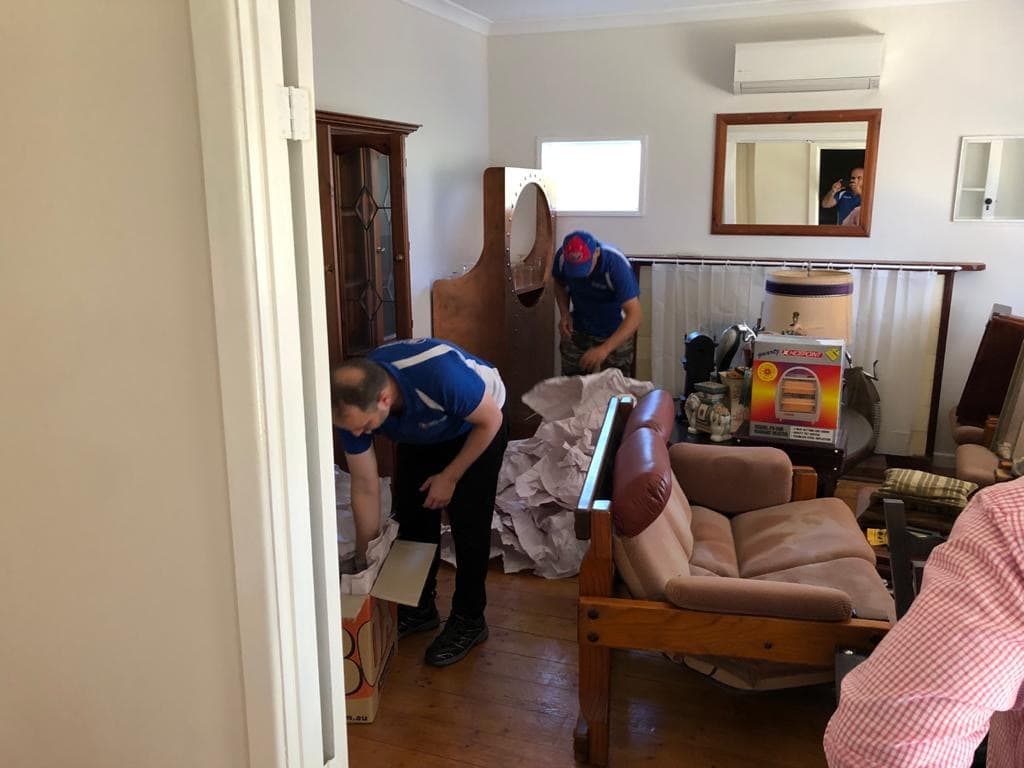 Careful Hands Movers is a well-established local and interstate furniture removal business. Our professional team of insured drivers and offsiders offers removalist and storage services since 2010. 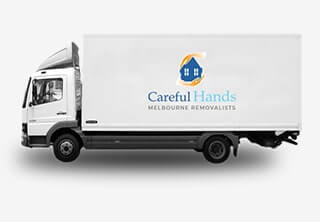 Our interstate moving team have a passion for helping people move, and ensuring that everything goes smoothly during the whole process. We go that extra mile and live up to our name, carefully and safely handling all of your belongings, to ensure they don’t get lost or damaged in transit. 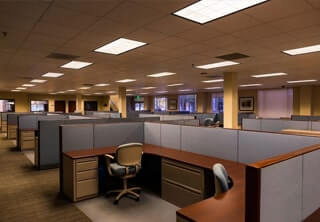 Our specialised office removals team offers a stress-free office relocation service. We also give our customers the option to conduct the office move after hours to minimise the impact on your business operations. 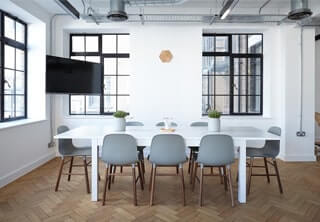 Moving house furniture from one place to another can be stressful and require hard work for yourself. However, when choosing Careful Hands Movers trusted team, we will make your relocation experience a breeze every step on the way till you settle in your new place.

Need some help disassembling your furniture and securely packing it? No worries! Our trained and friendly professional packers can do all the hard work for you, leaving you to focus on other last-minute arrangements that come with an interstate moving instead. Get in touch with us now for a quote for the best packing service.

Our full-service interstate removalist company offers secure removals storage solutions for Melbourne to Canberra moves; you pay weekly/monthly storage rent at very competitive rates with no additional or hidden fees. Whatever items you have to store, our dedicated team is here to help. Our long-term storage solutions pricing is affordable and offers you superior quality.

Are you looking for efficient yet affordable Melbourne removalists for your upcoming local move? Do you want professional and trained removalists who you can trust with your valued, irreplaceable, and bulky items? Well, our professional removalist company is there for you. We have an experienced and friendly moving crew that helps people move all across Melbourne.

With daily moves to other Australian states, we get you there on time. Get A Quote Now

All of our removalist trucks are clean, modern, and in great condition. Get A Quote Now

Get free moving boxes for any local moves and half-price boxes on interstate removals.

Our removalist rates are extremely competitive. Get A Quote Now

Get free shrink wrap on all moves.

WHAT OUR CUSTOMERS SAY ABOUT US

They were Patient and Careful

Douglas and Guby were so very careful with their handling of large fragile items. The way they secured, wrapped, protected my furniture and goods was exceptional. The were patient, careful, and professional. These guys really looked after me in what was a massive job even removing large furniture off a 25 foot balcony via pulley straps. Thanks guys.

Move from Vic to Act. Arrived on time both ends of journey. Very friendly, professional guys. Wrapped and protected goods extremely well. Truck very clean inside.Loaded and unloaded goods carefully and offered help wherever required. We will definitely use Carefull Hands again if we move. Rob

Very Happy With The Shrink Wrapping.

So lucky with the service provided by Jordan and Ivan for my first time home move at Melbourne.they were very careful in ensuring all out belongings were handled with care. Was very happy with the shrink wrapping of our beds! Thanks guys. Would highly recommend these fellows to anyone！

Everything was Moved Quickly and Efficiently

Highly recommend! John and Gaby were friendly and hard working. Nothing broke, everything was moved quickly and efficiently – there was no worries! I’ve used Careful Hands a few times and I’d happily use again

Would Definitely Use Careful Hands Again

Hamish and Guss were on time and extremely helpful and professional with the move. The company had to reschedule due to a conflict with an earlier move but they were accommodating enough to arrange another time at my convenience at a discounted rate. Rene was extremely responsive and provided all the needed documents including invoices, booking confirmations and insurance policies. Despite the setbacks the quality of service and communication more than made up for it. Would definitely use Careful Hands again.